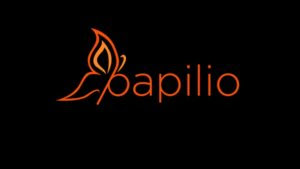 Papilio is a non-profit organization committed to fighting human trafficking in Spain. The Papilio leadership team partners with local relief agencies such as the Red Cross as well as other NGOs and both the local and national Spanish Government to provide a unique presence on the frontlines through direct contact with girls and young women entrapped in the sex industry. Papilio means butterfly in Latin, and the name was chosen by the founders as a reminder that all people should have such freedom as the flight of a butterfly and that each young woman has such beautiful potential.

Due to the potential harm and risks involved, the identities of Papilio team members and the specific areas they work in are not published on-line to protect their safety. The organization is lead by a small, all volunteer but extremely passionate leadership team that personally provides much of the resources. Other support comes from occasional donors as they become aware of the work. 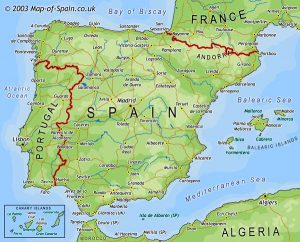 Globally, sex trafficking is an epidemic with victims numbering in the millions. A report from the Spanish State Department (2010) stated that 200,000 – 400,000 women worked in prostitution in Spain, 90% of whom were trafficked. Prostitution is not illegal in Spain, in fact, even reputable newspapers publish adds soliciting clients. Trafficking is truly a profitable industry as trafficking cartels from Eastern Europe, Nigeria, and most recently China all have highly sophisticated systems to both recruit and control those forced into prostitution. In Southern Spain the vast majority of the girls on the streets are Nigerians who fled to Europe in hopes of a better life but became indebted and enslaved, not only losing their dream but losing their freedom.

Papilio exists to bring comfort, humanitarian need, and love to the women on the streets with the hope of providing a means of rescue whenever possible. Team members head out to the streets, rain or shine, late in the evening to regularly build relationship with the young women and even the club and brothel owners. On any given night they will interact with up to 100 girls, providing offers of clothing, hot chocolate, and the most popular provision, hygiene packs. They also bring hugs, comforting words and share resources that most are not aware of or have been scared to accept.

In addition to their frontline work on the streets, Papilio partners with local municipalities to provide anti-trafficking education in local high schools and to promote awareness in the communities. Those who serve with Papilio realize that the sex-trafficking issue is much greater than they have the ability to change however their hope and motivation comes in knowing they can and have made a difference in the lives of young women, one at a time.

Funding is needed to acquire supplies to share with the women to continue making the evening street visits possible, to facilitate rescues when the opportunity occurs, and to support women in aftercare programs.

We are a volunteer run organization.
Every dollar you donate goes direct to a project. DONATE NOW